The city of Ioannina is the capital of the geographical region of Epirus, and one of the most beautiful urban centers in Greece. It is surrounded by mountains and is located in an area of significant natural beauty. The historic center of the city is located within Ioannina’s fortified castle walls, while the modern city stretches along Lake Pamvotida. Ioannina, endowed with a rich historical past, flourished over time and became an important economic and cultural center, and a legendary metropolis of knowledge since the time of the great Byzantine Empire.

The city was founded by Emperor Justinian in the 6th century. As early as the 7th century, there is a noticeable presence of Greek-speaking Jews – known as Romaniotes – which is a population with a constant presence in the history of the city.

In 1431, and for the following 500 years, Ioannina goes under the rule of the Ottoman Empire. In the following centuries, Ioannina developed into an economic and cultural center, a fact that was largely due to this mosaic of communities living in the city.

At the beginning of 1913, following the liberation by the Greek army, the Greek-speaking Muslims of Ioannina (known as Turkogianniotes), abandoned the city. At the end of World War I, after the Lausanne Convention, many Greek refugees from Asia Minor and the Pontus region settled in Ioannina, bringing their own cultural traditions.

Ioannina has traditionally been a multicultural, multi-lingual and multi-religious city, enjoying Christian, Islamic and Jewish influences. Today, the presence of Islamic mosques and Jewish synagogues among the many Christian churches, is a proof of the multicultural history and tradition of Ioannina over time. The city’s current population is 112,486 inhabitants. Many migrants from the Republic of Albania, the Islamic Republic of Pakistan and other countries are living and are integrated in the local community.

Ioannina has traditionally been a multicultural, multi-lingual and multi-religious city, enjoying Christian, Islamic and Jewish influences. The Municipality of Ioannina, since the beginning of the humanitarian crisis in Greece, has hosted a significant number of refugees and asylum seekers in camps and urban environments. Today, it hosts more than 2,500 refugees and asylum seekers.

See below Social Services and Programs by the Municipality of Ioannina.

The Migrant and Refugee Integration Council (ΚΕΜ) was established by the Municipality of Ioannina, following a decision of the Municipal Council. ΚΕΜ constitutes an institutional organ of the Greek state as foreseen by law, and it operates as a consultation body of the Municipality on issues related to the integration and peaceful coexistence of migrants and refugees in the local community.

As part of the intercultural strategy of the city of Ioannina, the city has opened a centre to welcome, provide information, support and counselling for asylum seekers, refugees, and migrants. The Intercultural Centre for Social Integration, called “Akadimia”, also assists in improving their living conditions through collaboration with all municipal services and provides assistance in accessing social protection programmes.

The Centre provides interpretation services/cultural mediation for all the municipal services and their corporate bodies, as well as organising social and cultural events and other intercultural activities.

The services provided by the Centre are being promoted throughout the city with promotional leaflets translated into 7 languages.

The city of Ioannina has set up an Urban Working Group with the aim to ensure a coordinated urban response and guarantee the sustainability of initiatives that are already proving to be relevant for refugees, asylum seekers and migrants.

The Urban Working Group is an initiative of the Municipality of Ioannina, supported by the participation of a range of actors involved in the management of refugee related issues, including UNHCR, local NGOs and INGs working on the Urban response in Epirus.

The European Platform of Integrating Cities (EPIC) is a 3-year project funded by the European Union – Asylum, Migration and Integration Fund (AMIF) which aims to improve the integration of migrants at local level by creating an European network of Local Authorities (LAs) and their implementing partners (NGOs) that will A) share knowledge and best practices of TCN’s integration, B) engage in peer-to-peer exchanges based on common priorities and different expertise, C) implement efficient integration practices within local territories and D) develop capacities to counter the negative narratives on migration.

Based on the transfer of knowledge and competences among Local Authorities and NGOs with different degrees of experience, EPIC supports a direct and gradual practical learning to improve integration practices in each city targeted by the project.

The European Platform of Integrating Cities (EPIC) is a 3-year project funded by the European Union – Asylum, Migration and Integration Fund (AMIF) which aims to improve the integration of migrants at local level by creating an European network of Local Authorities (LAs) and their implementing partners (NGOs) that will A) share knowledge and best practices of TCN’s integration, B) engage in peer-to-peer exchanges based on common priorities and different expertise,  C) implement efficient integration practices within local territories and D) develop capacities to counter the negative narratives on migration.

Based on the transfer of knowledge and competences among Local Authorities and NGOs with different degrees of experience, EPIC supports a direct and gradual practical learning to improve integration practices in each city targeted by the project.


The aim of the project is to explore methods for setting up and strengthening private sponsorship (PS) programs in the participating Member States, in order to build local capacities and improve refugee self-reliance. The participating organizations provide technical and operational support for the design and implementation of a PS pilot project, inspired by the community model already tested in Portugal, and other types of civil society initiatives developed in other EU countries.

The aim of the project is to create a sustainable system between Municipalities and local migrant fora, in accordance with the local context and needs of every city participating in the project. Cities are supported by the research institutes participating in the project, with the aim to set up advisory mechanisms in each city hosting migrants. The aim is to enhance the active participation of migrants and to empower them to effectively express their needs. This is viewed as a useful tool  for Municipalities, in order to better understand their living conditions and the difficulties they face in their everyday lives. The creation of a strong bond between Municipalities, research institutes and civil society organizations – and migrant organisations and fora in particular –  is one of the added values ​​of the project. The project looks forward to the participation of four cities in Europe, which will create a European Network for Exchange and Cooperation of best practices and consultation.

The project EMBRACE (“Empowering Migrants to Be Representative Actors in Community Engagement”) aims to identify the factors that prevent migrants’ active participation in decision-making in host societies. The process involves training and capacity building activities both for migrants, refugees and policy makers, with the aim to involve newcomers in decision-making related to their everyday lives. The project will combine selected initiatives of social work in a number of european cities, aiming at capacity building and skills development.

The aim of the project is the implementation of information sessions and awareness raising activities aimed at decision makers and elected representatives – i.e. Municipal Councilors, both at local and regional level. The goal in the longer term is to develop a regional network focused on intercultural integration in the wider region of Epirus. Ioannina is twinned with Limassol, and the two cities will work together towards the above mentioned goals. Towards the end of the program, the participating cities will have the opportunity to exchange experiences, evaluate the results and then present  practices in the Network of Intercultural Cities of the Council of Europe.

The aim of the project is the creation of a Network of Mediterranean Intercultural Cities. Through a number of integration initiatives revolving around sports and the youth, the Network will work towards the promotion of interculturalism and diversity. 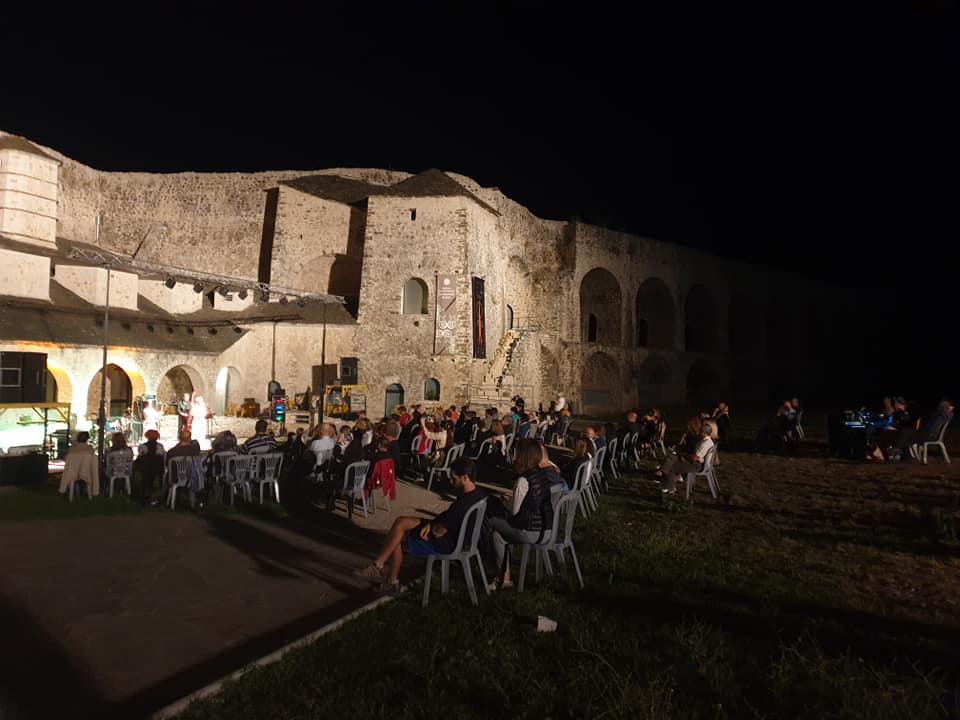 Akadimia: An intercultural Centre for the Integration │IOANNINA

Ioannina stands out at an international level in the COVID-19 crisis management │IOANNINA
Back to All Municipalities
We use cookies on our website to give you the most relevant experience by remembering your preferences and repeat visits. By clicking “Accept All”, you consent to the use of ALL the cookies. However, you may visit "Cookie Settings" to provide a controlled consent.
Cookie SettingsAccept All
Manage consent

This website uses cookies to improve your experience while you navigate through the website. Out of these, the cookies that are categorized as necessary are stored on your browser as they are essential for the working of basic functionalities of the website. We also use third-party cookies that help us analyze and understand how you use this website. These cookies will be stored in your browser only with your consent. You also have the option to opt-out of these cookies. But opting out of some of these cookies may affect your browsing experience.
SAVE & ACCEPT
Powered by